Inspired by Nona Willis Aronowitz’s piece The Unholy Trinity: Let’s Get Over “Awesome,” “Amazing,” and “Ridiculous”, I just looked through my Flickr photo stream to do an unscientific assessment of how often I overuse these words.

First I searched for the word “amazing.” Since starting my Flickr account in 2006, I have used the word “awesome” in the captions of seven photos. Not so terrible, considering how many times the word drips from my mouth every day.

Not surprisingly, they included images of food, 826DC volunteers, and  my coworkers. For example, here’s one of my coworker Celly. 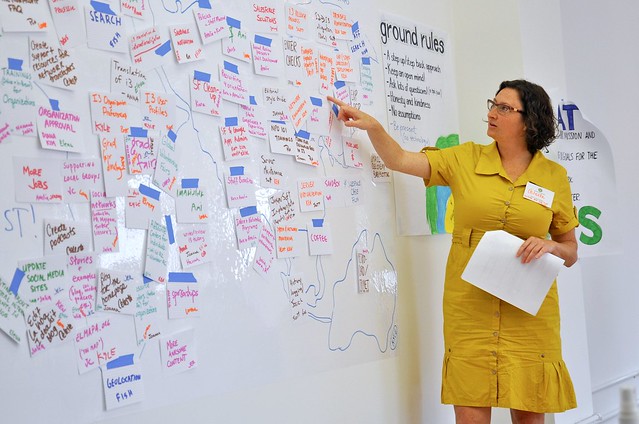 Celly IS amazing. (In Cellyspeak, she’s “amaze,” which is only acceptable coming from her. Seriously, if you’re not her, don’t use it as an adjective around me.) But if I were being more specific, I might use words like “quick to laugh,” “blunt,” “kind,” and “the owner of the best vintage earrings and dresses.” Those seem more fair to her.

Next up: “awesome.” Nine results, including my old roommate’s bedroom (how about “exquisite” or “consistent” or “worthy of a feature on DesignSponge”?): 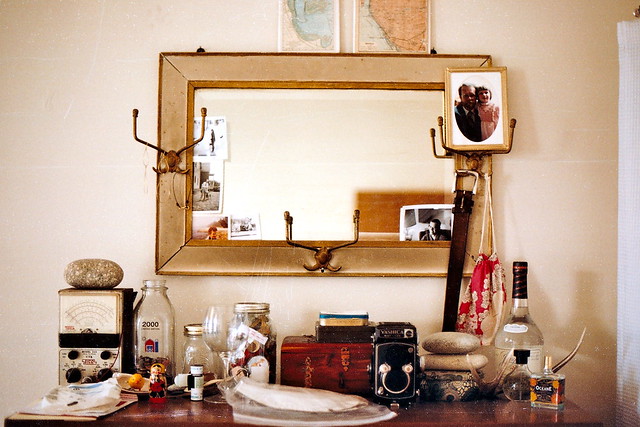 …as well as this plate of salads at a Montana potluck (“contrasty,” “down-home,” “generous”) and this dress rehearsal from my internship at The Goodman (“geometric,” “nostalgic”).

Final offender: ridiculous. This one surprised me. I’ve only used it twice (!) in nearly five years of Flickr captions, which is why only this ridiculous self-portrait with Anne gets to appear here: 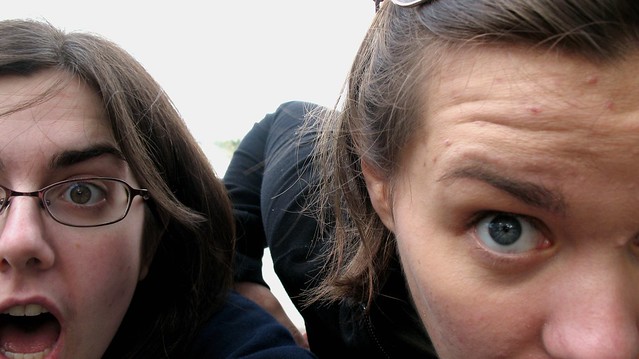 I cringed when I realized it’s possible that I had substituted “ridic” in its place – but thankfully, zero results. Still, I have a feeling if we could look through my Twitter feed or the emails I’ve written, my overuse of this one would be much more apparent.

What now? I’m going to make like Aronowitz and try a 24-hour diet. Call me out if you hear (or see) me use any of these! Because, you know, there are so many words in the world, guys. It’s kind of – well, you know.